Looks like the fabled Lady Gaga perfume is finally on its way. I have to admit, despite being cautious around celebrity releases (mostly because all of them tend to smell similar), I’m a bit interested about Gaga dipping her toe into the perfumed pool. Though a large part of that interest probably has to do with the huge anticipation surrounding this fragrance from her fans. Gaga herself is something of a publicity machine, which just adds to the buzz. 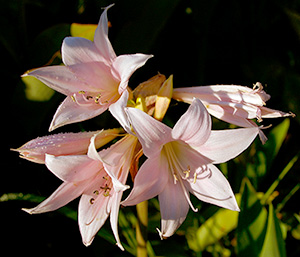 I don’t know if her fragrance will smell any different than the other celebrity scents we’ve all experienced. I’m skeptical the more I hear people speculating about it because it’s all blown out of proportion.

Unfortunately, the ingredients list and the road that leads to where the fragrance is now doesn’t hint that this will knock anybody’s socks off. See, the fragrance was developed by Coty (and Haus Laboratories, though you have to wonder how much work a fictional company actually did). Whatever beautiful things I can say about Chypre de Coty are diluted by the celebrity fragrances Coty has developed as of late.

So the notes in Lady Gaga’s perfume are as follows:

Tears of belladonna, crushed heart of tiger orchidea, a black veil of incense, pulverized apricot and the combinative essences of saffron and honey drops.

Let’s just strip the notes list above of all flowery language and get to the business side of things, eh? Which leaves us with belladonna, orchid, incense, apricot, saffron, honey.

Honestly, aside from the belladonna and incense, the fragrance is gearing up to smell pretty generic. But, incense can be a powerful thing that can lend a surprising amount of complexity to a scent–if done right. Belladonna, if such a thing will even be present in the actual perfume, is a little worrisome. I haven’t smelled belladonna, but from what I gathered, people don’t particularly like how it smells. It’s also poisonous.

There’s also been a lot of buzz about the nature of belladonna in a fragrance and how safe it will be. If this stuff is formulated anything like pretty much every other perfume out there, the “belladonna” will likely be synthetic, or is actually some concept you’re supposed to imagine or smell as opposed to actual belladonna. My money’s on the latter.

Still, it’s a bit early yet to judge Fame based upon its list of notes. Who knows? It might turn out to be a huge success. It might smell like something Paris Hilton’s name should be on. We’ll see. Fame is set to hit store shelves in September.