Lalique de Lalique was released in 1992 with a limited edition version released in 2012 that I can’t seem to find anywhere. 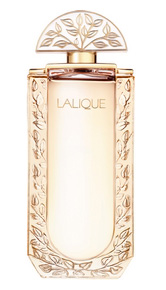 In Bottle: I get a sweet, creamy fruits with a pleasant soft and sweetness in the background with a layer of equally sweet florals.

Applied: Chevrefeuille starts off with a rather strong fruit showing that mellows out fairly quickly into a stronger wave of florals with the sweet fruit opening still hanging on well into the mid-stage where the florals become a touch dusty like a wave of light powders. I get plenty of jasmine with a delightful introduction of clove that adds a bit of edibility to the fragrance as it rolls into the end where a vanilla musk and dusty sandalwood pick up the scent to carry it the rest of the way. The entire fragrance is very soft and easy to wear and very modern while at the same time having a classical edge.

Design: Beautiful design, usually I don’t go for things quite as embellished as these bottles, but they are made in a way that makes them eye-catching and luxurious. The limited edition bottles are also very beautiful.

I do really like Lalique de Lalique, though it’s not the kind of thing I would go out of my way to hunt down. The bottle, though, makes it really hard to resist. 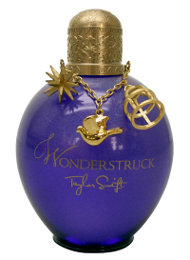 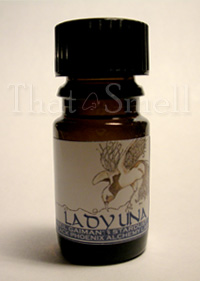 Delicious Night is one of the flankers from Donna Karan’s very popular Be Delicious line which centers around the apple note. Despite its shape and its heritage, Delicious Night does not contain a single apple.

In Bottle: Sweet, citrus and berries that verge on being cloying even as it’s sitting in the bottle. This is a fact that troubles me. It’s like a warning.

Applied: Sweet blackberry and citrus fruits. Or should I say, SWEET BLACKBERRY and CITRUS INFUSION 9000!!! Because Delicious Night goes on loud. Very loud. Also very sweet and that cloying sweetness I got in the bottle is full throttle on my skin. This stuff is like blackberry and lemon syrup, dumped into a vat of sugar and then rolled into a giant candy ball. I had thought Miss Dior Cherie was a cloying headache inducer but Delicious Night really takes the cake as I wait out the top notes amidst this bizarre combination of scents that remind me uncomfortably of children’s flavored and sweetened cough syrup. Much to my chagrin the mid-stage echos the same level of syrupy sweetness as the opener except with a bland mix of flowers that are trying to swim out of the Sweet’n’Low sea but they can’t quite make it under the merciless sugar baron’s iron-fisted rule. If you think you can get away from the sugar baron on the dry down you’ve got another thing coming. The sweetness is miles long, and it won’t stop until you do. It invades the base notes as well, sugaring up the sheer clean patchouli and if it’s one thing I don’t think patchouli should ever have to do, it’s be both clean and sugary sweet.

Design: Bottled in the same shape and concept as DKNY Be Delicious and DKNY Red Delicious. Delicious Night is a dark purple affair with an apple-like shape. The black plastic cap also hides the sprayer that makes a distinctly plastic sound as it splodges the fragrance out onto you like a hooked fish would regurgitate the last of its water. I wasn’t impressed by the lackluster function of the sprayer nozzle–in other words. Maybe I just hit a bad bottle. I will admit that it’s a pretty cute shape and a rather clever way of hiding the sprayer.