Seems like I’ve been on something of a niche and vintage bender lately and have been immensely enjoying it. But it’s time to pull things back a little and take a sniff of this Playboy VIP for Her sample I got in the mail one day. 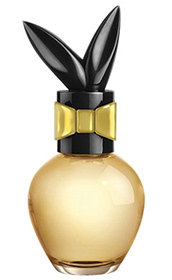 In Bottle: Fruity and floral with a slightly woody element to it. Smells a bit like jam, I get a big apple presence.

Applied: Fruity, clean and sweet on the opening. It’s not overpowering, and actually kind of pleasant. Not interesting, just pleasant. Like a non-offensive shampoo kind of smell. The apple isn’t bothering me too much though it smells quite synthetic as apple notes tend to do. It’s not a screaming, overbearing synthetic apple though. It’s just a hint of plastic and that’s a good thing because apple notes don’t often agree with me this well. VIP for Her’s midstage is a fairly bland affair of florals and sugary fruits followed by an equally bland sandalwood, vanilla and white musk end cycle that doesn’t do too much to excite, but does do a lot for the wearability of the fragrance. I’m not going to pick this one out if I had a choice, but I’m also not going to be too disappointed if I had to wear it.

Extra: I was actually rather amused by the Playboy VIP for Her commercials more than anything else. The absurd humor is getting to me, I suppose. And I have a weakness for adorable animals–but then, who doesn’t? Playboy VIP has a men’s counterpart called, Playboy VIP for Him that also features a set of amusing commercials.

Design: I’m not a big fan of Playboy, their publications, their fragrances, or their paraphernalia. Growing up, I always thought of the Playboy bunny logo as a sign of things I wouldn’t be interested looking at and the same remains true today. I don’t like the design of the bottle and don’t like the Playboy aesthetic in general. Different strokes for different folks.

Fairly bland showing for VIP for Her, but it’s miles better than other Playboy fragrances I’ve sampled in the past. Not a bad thing to pick up if you like fruity florals, but there are definitely better ones out there. I think the best parts of VIP for Her is its inoffensiveness and it’s reasonable price.

I don’t know why I thought I had already done a review for Cashmere Mist. Perhaps it’s because of how used to it I am. Everywhere I went as a child, I smelled this perfume on somebody. It’s popularity has ingrained itself into my mind and made it something of a given that I should have talked about it already.

Applied: Cashmere Mist opens with a little nip of citrus that serves to drive the fragrance into its dominant stage. The stage is that of a very soft floral tinged wood with a light dusting of powder that envelops the wearer in a warm blanket. A lot of fragrances remind me of my mother because, when I was growing up, her fragrance collection helped shape my perfume preferences today. Cashmere Mist is one of those perfumes that reminds me a lot of her because she had some of it at one point. I do have to admit that I’m not a big fan of this one, despite the good memories associated with it. It’s a bit dull, sadly. Otherwise, it’s warm and soft and nurturing. It’s nice and gentle and smells like memories of the early 90s. It’s also clean, like soap, powder and laundry if you were interested in a clean scent. I just think it’s a bit generic smelling and I’m entirely willing to admit that I might just be bored of smelling it because I’ve gotten so used to it since its release.

Extra: Cashmere Mist has been out and available since 1994. It remains easily accessible and can be purchased at a variety of department stores and online.

Design: Some people love this people and some don’t. I’m one of the people who love it, though I have to admit my bias because I grew up seeing this bottle and smelling Cashmere Mist so I’m a little bit attached to it. It is, however, a somewhat dated design in that it reflects an earlier aesthetic. There are two types of bottles for Cashmere Mist, a frosted glass bottle (pictured in this post) and a clear glass bottle.

The version I reviewed should be noted as there has been some differences noticed by the fragrance community between the EDT that I’m reviewing and the EDP in the clear glass bottle that’s being widely circulated.

I decided to give Flowerbomb, or rather its flanker line, a chance hoping that after the very un-floral like contraption that was the original Flowerbomb, they would add some actual flowers to the perfume so it smelled a bit less like a very expensive Pink Sugar. 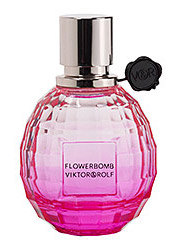 Applied: A flare up of bergamot with sweet tangerine leading the way. It’s typical of perfumes and this citrus opener didn’t happen with the original Flowerbomb that veered right into sweet territory. After the citrus digs itself out, the original Flowerbomb scent comes through with a milder caramel note riding on the waves of an almond scent that adds a bit more foodiness to the fragrance. The florals are still largely absent behind the huge wall of obnoxiously sweet candy-like accords that add nothing to this flanker’s originality. It is, essentially, Flowerbomb with some bergamot and almond. I’m not impressed. The dry down is a similar affair as Flowerbomb. La Vie en Rose is hanging on to some sweet candy scent dotted with a scrubbed clean patchouli until it has faded completely.

Extra: So this version of Flowerbomb’s La Vie en Rose flanker was released in 2011 and toted as being the same floral fragrance everybody’s already loved. I really wish the fine folks who keep producing this stuff would stop kidding themselves and admit that there’s very few flowers in Flowerbomb. I haven’t tried any of the other Flowerbomb flankers yet so hey, maybe they managed a floral one somewhere in there.

Design: Designed much in the same way as the original Flowerbomb. Same shape. Same basic premise. La Vie en Rose has a notable deeper pink though with smaller geometric squares on the flacon’s surface. I like the design. I think it’s cute and clever. I just wish this stuff actually smelled like flowers or at least admit that it doesn’t smell like flowers at all.

PS. For all my geeky perfume lovers out there, happy Captain Picard Day! 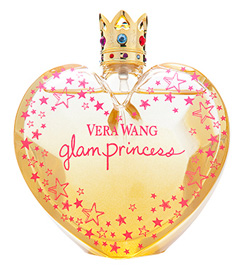