Being a big fan of a couple of Prada’s other infusions (d’Iris and d’Homme), I went out looking for the newest releases. Infusion de Tubereuse looking forward to a light, airy tuberose treatment and Prada delivers yet again. 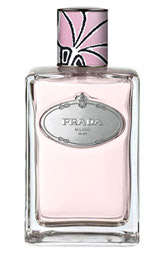 In Bottle: Very faint, light tuberose, green and almost fresh and clean like tuberose that’s been run under some water and scrubbed for presentation’s sake.

Applied: The infusion of this tuberose are a bit heavier and more literal than what I experienced in d’Iris. Infusion de Tubereuse puts a very gentle, very mild note in there that’s hard not to like. It’s an easy tuberose to wear, as it’s very clean and soft. It’s practically the polar opposite of most tuberose scents that tend to capitalize on the flower’s ability to dominate a perfume. There’s a slight sweetness and crispness lingering around in this scent to further clean it up as Infusion de Tubereuse rounds itself off with a dry down that’s green and only a touch bitter.

Extra: Tuberose is a perennial flower with a juicy, sweet, heady floral scent that some people equate to smelling like rubber. Tuberose is most often used as a middle note in perfumery.

Design: Infusion de Tubereuse is bottled similarly to d’Iris and d’Homme. There’s a little more detail going into the packaging with a design focusing on the purple fragrance rather than just solid colors. The simplicity of the Infusions’ packaging is fantastic and I’d love to line them all up in a row.

Petitgrain bigarade’s an interesting note because it’s one of the most prominent scents in this fragrance. It is, essentially, the green leaves of a bitter orange tree. I guess that explains it. 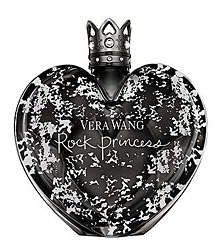