Kenzo Power was described as a spicy woodsy scent–a rather banal genre for men’s fragrances which wouldn’t turn very many heads. That is, if only Power kept to that spicy woodsy description. Instead, Power is less so a spicy wood fragrance and more like a spicy floral. 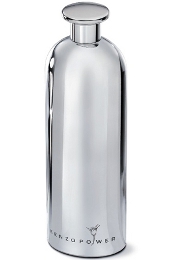 In Bottle: Powereded florals and spice, I get cardamom but I definitely get some florals in this with some woods as well.

Applied: Starts off with a citrus opening that fades in with the spices almost immediately. Power starts off strong with an opening befitting of a classic men’s fragrance. The scent heads into its midstage with an increasingly floral presence as it settles in with a powdered flowers, a bit of creaminess and residual spiciness from the opening. The dry down is a fairly generic woods fragrance with a hint of amber and lingering spices.

Extra: Power isn’t your average men’s fragrance–at least not the average that I’ve been smelling. It’s got the male progression in the strong citrus blast up top and the woody dry down but the mid-stage has a nice femininity to it that doesn’t overpower the masculine aspects of the scent. Sure, there’s florals in this but it is still a men’s fragrance at heart. It’s soft and sophisticated and definitely different from your average aquatic or spicy wood. Kenzo Power was composed by Olivier Polge (Burberry The Beat and Balenciaga Paris).

Design: Rather interesting design, reminiscent of Montale’s fragrance bottles except done much better. Shiny metal with a fantastic heft to it. Feels good to hold, has a masculinity to the aesthetic but is not over the top and still manages to look modern and a little different. At the very least, the metal helps balance out the flower logo that should hint that this ‘Power’ has a little bit of floral in it.

Kudos to Kenzo for making Power smell the way it does. It’s a new and interesting contender in the rather repetitive abstract that is the men’s fragrance industry. Check this one out if you want a more creative men’s fragrance and you aren’t too afraid of flowers in your cologne.