Lavender Palm was a new discovery for me from the Tom Ford Private Collection and while I try not to veer into Tom Ford too much–mostly because of the price–I couldn’t help but be curious about how well the lavender note was used here.

In Bottle: Lavender from the get go with a nice clean hint of lemon and bergamot accompanied by a green mossy base.

Applied: Lavender is loud and first out of the gate followed by a clean taming citrus blanket. I smell the lemon in this more than the bergamot, but lavender is definitely the star of the show. This isn’t screeching lavender. It doesn’t make my teeth hurt or make my nose wrinkle, it’s bold but in a good way. It’s naturally used in the fragrance it wraps the wearer in a comforting lavender throw instead of hitting you in the face full force. It’s a bit difficult to describe so I suppose the best way to explain would be to say the lavender in the fragrance–while strong–smells just right. I don’t get too much progression as the scent wears on. Lavender fades in and out, it gets tamer the longer the fragrance is worn, and near the end I’m treated to a bit of moss and earth. If you were worried about the oleander and wondering how that was going to be, I wouldn’t be too concerned as the lavender is the star and it doesn’t share the limelight very well.

Design: Tom Ford Private Blend fragrances tend to sport a similar look. They remind me of apothecary bottles the more I look at them. Simple, elegant, and they’d look wonderful all lined up in a row.

While I can’t say that I really need a lavender prominent fragrance–not being much of a fan of lavender, I can say Lavender Palm is a very nice interpretation. I’m still on the look out for my preferred lavender scent, but I think those who really appreciate the note would like Lavender Palm. 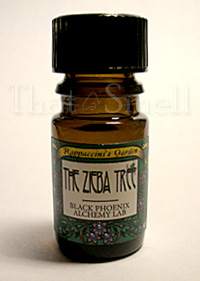