Okay, no more silly celebrity stuff for the time being. I went a little crazy for Histoires de Parfums. Gimmicky as the concept might seem sometimes, I can’t deny for a minute that it hooked me. So I went and got a few more years from the line. 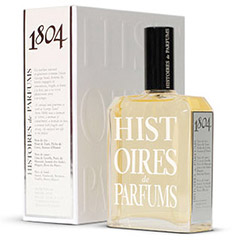 In Bottle: I really didn’t expect the pineapple to be quite so prominent, but it’s just about the only thing there on first sniff.

Applied: Yep, pineapple. Very tropical, quite sweet with a juiciness to it that I want to attribute to the peach. The pineapple note is very strong and quite loud. I rather like it as it screams holidays and summer at me. Strange because I expected something entirely more subdued from 1804, still feminine, still fruity but not screaming fun and sun like it is right now. All confusion and expectations aside, 1804’s pineapple opening is pretty delightful. It’s sweet and girly and fun. It rolls into a mild floral bouquet with a sweet and clean finish at the end. I was looking for the spices the whole time, but they never made themselves known. Not elegant, but not at all bad. I quite like it.

Extra: 1804 was inspired by Amantine Aurore Lucile Dupin, who might be more recognizable by her pen name, George Sand.

Design: Designed in the same way as most other Histoires de Parfums bottles. I would love to have a full set of these, lined up in a neat row. I would finally be able to pretend I’m some sort of chemist with impeccable taste.

Probably not an instance where I’m dying to throw money at it, but 1804 remains a very pleasant, very feminine fragrance. If I had a hankering for pineapple, I think it would be the first thing I go for. 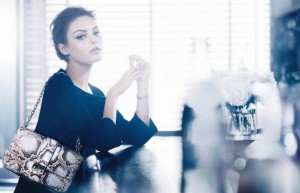 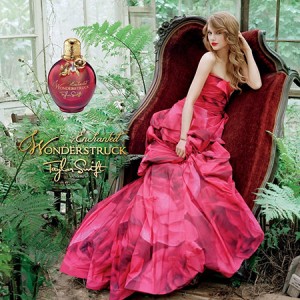 Lots of thanks to Undina from Undina’s Looking Glass for the sample of this fragrance. A*Men has been one of those scents that I kept hearing about but never got around to trying. 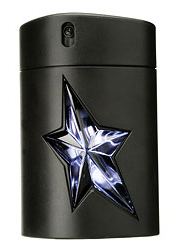 In Bottle: Sweet and a bit dusty, I get a lot of woods out of this but at the same time, I’m smelling the gourmand too.

Applied: Sweet upon application, lavender with a bit of milk and honey and lots of caramel. The fragrance introduces its woodsier side rather earlier as I get patchouli mixed with cedar that blends in with the caramel and milky notes. The mid-stage is marked with a noticeable addition of spices and woods, I swear I can smell cinnamon as the fragrance gets a bit more coffee like with this dusty coating of woods following it. The dry down is warm with a sandalwood base and a sweet toffee-like backdrop. I’ve seen people absolutely love A*Men and other people who can’t stand it. I was all ready for a gourmand but I was more surprised by the prominence of the woods in this. It makes the fragrance more oriental in style with a creamy, sweet caramel scent accented with a lot of woodsiness.

Extra: A*Men was introduced in 1996 and comes in two bottle styles. One metallic bottle and a rubber bottle.

Design: I’ve never been much of a fan of Thierry Mugler’s bottle designs. I often found them too chunk or too alien-looking and I can’t say I really like the bottle designs for A*Men either. It just doesn’t strike a chord with my sensibilities.

I don’t think I’m that big of a fan of A*Men. I wasn’t sure whether or not I liked the gourmand bits of it, or the oriental bits, or the woodsy bits. It just all melded together into one big “blah” for me, though it does have really fantastic longevity.