Being a fragrance addict, I’m supposed to go around being drawn by smells and the fascination of following my nose to the next smell and just enjoying this fantastic olfactory world we live in. But sometimes I’m also bad and gravitate toward a fragrance because of its packaging. Thanks, L’Or de Torrente. 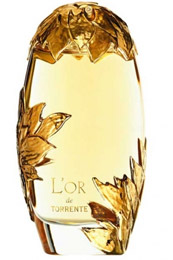 In Bottle: Whoa, coffee! Well, this is coffee mixed with sweet lychee and a bit of tart currant but I’m surprised to find the note working so well with those other two elements.

Applied: Sweetness up top with the lychee dominating the scene and dragging a tart blackcurrant note behind it. The lychee in fragrances never seem to completely go away to me until late into the mid-stage. and the lychee in this sticks around but isn’t obnoxious about it as L’Or de Torrente heads into this beautiful sweet amber and roses fragrance with a cup of coffee sitting nearby. The lychee takes its time to fade out during this stage for me and I’m happy for it as that rose, amber, coffee smell is awesome without any fruitiness necessary. The coffee note is dense and rich, and even though the notes look like they might clash, it actually words really well here and I’m particularly fond of the use of roses in this scent. The fragrance reminds me a bit of chocolate roses, a confection that doesn’t always land on my gourmand palette either, but always has this irresistible elegance to it. Now, this stuff is sweet but the rose and the amber help bring it away from gourmand and slot it more firmly in oriental. The final dry down is a vanillic amber scent with a fading coffee trail. I wouldn’t call this delicious, but it does smell fantastic!

Extra: L’Or de Torrente was composed by Jean Jacques in 2001.

Design: So this bottle is a bit flashier than I’d normally like but there’s something so appealing about its color and the leafy accents and the whole look of the thing. It’s organic in a way, mixed with metal and polished to luxury. I can’t quite describe why I find the bottle so awesome to look at it but there you have it. The packaging is certainly alluring to me.

I can’t believe how well this fragrance works. There’s just enough mixing to make it all mesh together without clashing and the coffee, strangely enough, really holds up the roses and vice versa. I simply love this.

L’eau The One and The One is a very good example of why you shouldn’t put so much weight into the popular notion that Eau de Parfum and Eau de Toilette smells the same, with EDP lasting longer and smelling stronger. True, that may sometimes be the case but as we’re going to see where with The One and its lighter friend, L’eau The One, that is not always true. 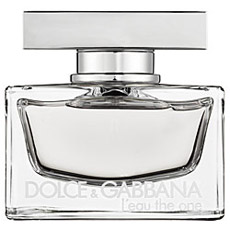 In Bottle: Fruitier than The One to me, but the mandrin is still there. Despite this being fruitier, it is less sweet than the original making this a much nicer opening ride.

Applied: Fruity opening with a more present note of mandarin but a stronger presence of lychee. The peach is less noticeable and falls off rather quickly. There is less cloying sweetness overall. The fragrance is still very feminine and very sweet but the sweetness has been toned down and the fragrance is doing better for it. The mid-stage is largely the same with less sweetness added in and a warm amber that’s more evident earlier on in the fragrance. The florals are still sweet but there’s a more tolerable cleanness to the scent now that helps L’eau The One be even more wearable than The One. The plum is a bit more tame in this fragrance, giving the fragrance a nice dry floral and fruity smell and without the heavy sweetness. The dry down sees a less prominent vanilla note while giving a green vetiver and woody note in the dry down some more showtime. The result is a woodsy green dry down after a semi-sweet creamy, fruity floral show.

Extra: L’eau The One doesn’t seem to have an official set of notes so it shares the notes list for The One. Some people have noted the presence of an oak moss-like note in the dry down. To me, the dry down smells more like a mixture of vetiver and woods.

L’eau The One was supposed to be a lighter, fruitier interpretation to The One. But tweak a few notes, dial down a couple, dial up a couple and you get something that smells decently different from the original. There is still enough in this fragrance to connect it to The One, but it is definitely a lighter, less sweet version. To me, the toned down sweetness makes this more wearable and I would pick L’eau over The One if I had a choice between the two.

On an unrelated note, last year on this day in 2010, That Smell saw its first post. Hooray, we’re one year old!

P.S. I Love You was released in 2009 from Bath and Body Works. A time when I had just gotten my first Bath and Body Works lotion after hearing about them for years. I was all right with the lotion but I was more curious about the perfume they were introducing in their promotional postcard. Turns out, it’s a competent rose. 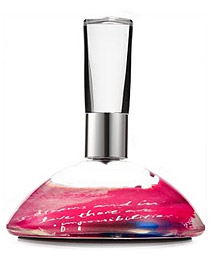 In Bottle: Bright and pretty, I smell citrus more than I smell florals but the roses are in there, mingling about with a slightly sweet thickness to it that gives P.S. I Love You surprising body.

Applied: Citrus to start that launches into a mild sweetness with a waft of peony before it evolves rather quickly into its rose stage. In the mid-stage is there P.S. I Love You  shines. The roses come up, light and airy at first before they get deeper and turn into a surprisingly lovable smooth and spicy, utterly feminine, rose scent. Make no mistake, P.S. I Love You will deliver perfume’s most beloved flower with a dash of lightly dusted peonies and a hint of sharp musk. Near the end of the mid-stage I get an interesting amber note, it gives this scent a pleasant warming quality. This is a surprisingly well done rose that took me by surprise. It’s young, definitely, but it’s very likable. The dry down is marked with a rather predictable sandalwood accompanied by a bit more fleeting rose and full-bodied  sweet amber to warm the fragrance.

Extra: Something interesting to note is the perfumer of P.S. I Love You who is known for composing fragrances for Ralph Lauren, Bond No.9 and Tom Ford.

I know a lot of people are afraid of rose. I find rose beautiful but many are understandably wary of it. It is often associated with “old fashioned perfume” but P.S. I Love You is a very youthful an interpretation and  there are still people who find it difficult to love. Though the majority of people who try it, still like it well enough.

Light, sweet, and fruity. Elle is Yves Saint Laurent (YSL)’s attempt at attracting a younger female audience. While there has been some discussion about Elle smelling like tea, I have to differ. It’s a bright fruity, clean, woodsy scent and that is pretty much where the buck stops. 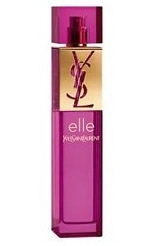 In Bottle: Immediate smell of citrus and fruits. Elle comes on strong and sweet with a burst of lychee and berries after the citrus carries it up to the nose. The fruits don’t quit when this stuff is in the bottle and they make it difficult to detect anything beneath them. Yet, I get this clean feeling from the scent with a touch of steady base that I attribute to the woods.

Applied: Again, citrus and sweet fruits up front and center as the fragrance pulls no punches in making itself well known. Elle has a veneer of simplicity though because as the fragrances ages on the skin the fruits are slowly complimented by the wood notes giving this fragrance a sharper quality. There are elements of florals in this fragrance but the fruits are difficult to get past. I can barely detect the jasmine hanging out. As for the two earth notes (vetiver and patchouli) that are supposed to be in this? They’re there but they compliment the fruits so well that I didn’t really notice them. Overall, Elle is a well incorporated fragrance though the fruits in here are very prominent but they are kept well in line by the woods. The rest of the notes seem to be content with just hanging out.

Extra: With perfumers Olivier Cresp and Jacques Cavallier behind the creation of Elle, it’s really no surprise how we came to arrive at this woodsy fruity mix. Cresp and Cavallier are known (to me) as the men behind Nina Ricci’s Nina (2006), a sweet citrus fruity fragrance. My first “grown up” perfume.

Design: I can’t say I’m wild about the bottle for Elle. On paper it looks bold and interesting. In person, the bottle fails to impress me. With its hard sharp edges, Elle is built like a skyscraper with a plastic hot pink detachable cube to protect the sprayer. The design looks girly and metropolitan at the same time but the shape and the feel of it just seems lacking to me like there’s something missing in the design that would make it stand out a bit more.

Pleasant, pleasing and inoffensive. Elle’s got it all if you’re looking for an easy to wear, fruity chypre. I wouldn’t say it’d be my first pick for a fruity perfume but the woods definitely give it a bit of uniqueness when compared to the other fruity fragrances it has to compete with. As for that tea thing? I don’t smell no tea.