Applied: Spiritueuse Double Vanille instead opens with a fabulous liqueur reminiscent of bay rum. The vanilla is up front too, smooth and sweet and pure. The smokiness and cedar make the next appearance as Spiritueuse Double Vanille heads toward the spice. This fragrance is golden and warm and has the most utterly pleasant vanilla fragrance I’ve smelled yet. It’s like having a drink, wearing a monocle, smelling a box of cigars and hanging out in your mahogany library. This stuff smells classy. And that vanilla? It’s the kind of vanilla you’ve always wanted in a fragrance but never quite got. It smells like true full-bodied, boozy with a touch of spice vanilla–not that stuff you usually smell that’s sweet, and a little plastic. As the fragrance ages on my skin I get less smokiness and more pepper and more spice. All the while, the vanilla is hanging about lending the fragrance a fabulously smooth and rich treatment.  The mid-stage is like a blend of tobacco, mahogany, vanilla bean, and cedar and it seems to have lost its booziness from earlier. When Spiritueuse Double Vanille dries down, it resembles a pleasant predominant vanilla. Sweet, smooth, sophisticated and utterly beautiful.

Extra: Spiritueuse Double Vanille is a limited edition by Guerlain released in 2007. Jean-Paul Guerlain himself composed this fragrance for the house. I am not clear on whether or not it is still in production but I sure hope so because I believe this one is a definite keeper.

Design: Love the bottle. Thin and rectangular and easy to hold and spray. The details on it are also fantastic, with a wax seal-like design sporting Guerlain’s iconic bee. The major thing I didn’t like was how this was boxed, making it near impossible to both use this regularly and store it in its original packaging. Spiritueuse Double Vanille comes in a fitted box with a travel cap (that’s just a regular screw on cap) and a separate atomizer spray nozzle that you affix onto the bottle yourself. Due to the different heights of the travel cap and the spray nozzle, and the fitted box this fragrance comes in, once you install the atomizer, you can no longer make it fit in its original packaging. Very annoying. So you can’t keep Spiritueuse Double Vanille in its original box and if you’re nuts about keeping your perfumes out of the sunlight and light in general like me, you will have to shove it into a dark corner or drawer and hope the lack of extra protection from the box won’t make that much of a difference.

Guerlain has been using vanilla for so long as a base for its fragrances. So when a house that built its prestigious reputation on vanilla outputs a vanilla fragrance, you better believe I’m going to go smell it. And of course they hit the nail on the head. When I first got into this whole fragrance thing I was afraid of two things. 1) That I would fall in love with a limited edition fragrance. 2) That the fragrance would be expensive. Thanks a lot, Guerlain. 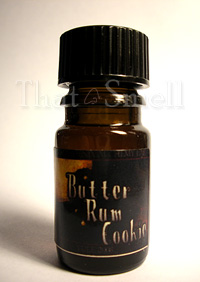