I’ve had this happen a few times to me and used to subscribe to the idea myself before I gained a little initiative and went looking for some real answers. Does rubbing your wrists together really crush those delicate scent molecules?

Picture yourself standing in the fragrance department of Saks Fifth Avenue or other department store of choice. You pick up a bottle of the latest release and give it a spray on your wrist. Just to test it out. And, as you go to combine your wrists together, someone from across the room–a sales associate, another perfume appreciator, a man whose hat is composed of used beer cans, whatever–shouts, “No! You’ll crush the scent!”

There’s talk buzzing about the fragrance world surrounding wrist rubbing and perfume. A lot of people rub their wrists together or rub perfume into their skin after application. I don’t know how this started or who originated it but in addition to these wrist-rubbers you have anti-wrist-rubbers on the other side having a conniption every time they witness someone do it. By far, the most common declaration I’ve heard:

Is there any truth behind this? Yes and no.

First of all, you are not crushing any molecules by grinding your wrists together. You can’t crush molecules with your wrists. Molecules are extremely, mind-bendingly, tiny. So crushing molecules is not at all like crushing a grape. They’re simply too small for your wrists to obliterate. And if you could crush molecules, you’ll be a few years ahead of current scientific research and should probably turn yourself in for scientific study. Come on, for the good of mankind.

So perhaps it’s not so much the fact that people truly believe they can crush molecules with the magic of their wrists but a poor choice of words. “Crush” is a hyperbole and a rather poetic way of saying, “You’re generating heat and causing some perfume notes to evaporate faster than they should.”

Perfumes work through evaporation. When you spray a fragrance onto your skin, your body temperature causes the fragrance molecules to start evaporating. As they evaporate they fly away from the body and give off their scent. The warmer your body is, the faster these scents evaporate.

This does not mean that wrist rubbing should be banned and you’re a terrible person if you rub your wrists together to distribute the fragrance. Nah. If you want to rub or you’re just used to it, then do it slowly. You’re not in the wrist rubbing competition here and you’re probably not trying to start a fire using your wrists either. Though that would probably make you very popular among smokers and campers. 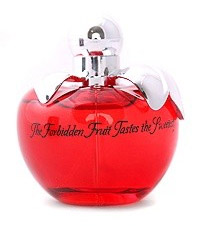