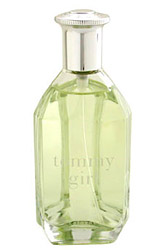 Evidently, many of Fruits & Passion’s eau de toilettes remain largely undiscovered. I have a hard time finding a complete database of their outputted fragrances though perhaps some of my difficulty has to do more with ignorance rather than Fruits & Passion’s tiny footprint in fragrance territory. Orchid is a sweet, floral, ambery fragrance, simple and fruit and just plain fun. 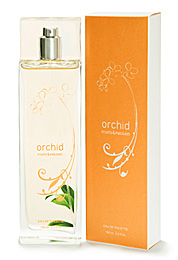 In Bottle: Sweet florals. The florals are a bit drowned by the amber in this fragrance and the perfume itself reminds me of L’Instant de Guerlain. Notice that this is now two fragrances that remind of L’Instant. Orchid’s amber note is a strong one and the blending to get the florals and ambers to work together favored the latter and this treatment shows in the bottle and will probably be the same story on skin.

Applied: Big and floral with the flowers disappearing on me sooner than I’d like. This is less orchid and more amber and something is trying to convince me that I’m smelling peach. A ripe, pink, very sweet peach. This fragrance ages and drys down very fast as its mid stage is characterized by that fading peach note while the amber gets a bit stronger. The dry down at the end has amber and a slight powdery note hanging out until all that’s left is the amber base.

Extra: Orchid belongs in a floral eau de toilette collection from Fruits & Passion. There are two other fragrances in the collection as Fruits & Passion tend to like going in threes. The other two are Rose, which smells very much of roses and Jasmine which I have not yet smelled.

Design: Orchid comes in a tall, thin rectangular bottle with designs embossed onto the glass. There is a cap for this fragrance. A matching plastic rectangular shape that I found nearly impossible to take off. As a result my bottle of Orchid is lacking a cap. The sprayer can be a little flaky, sometimes distributing so much scent that it drools but I have only had that happen a handful of times. By and large the bottle and sprayer work fine. The cap for my bottle was just awful though and I have opted not to use it.

Orchid is a hard fragrance to keep on the skin. Amber, to me, is one of those ethereal meant to blend into the background notes. That’s partly the reason why it’s used so often as a base because its purpose is enhance the natural scent of the skin. Now, I hesitate to even lump this fragrance in with the orientals. I mean, it’s amber dominant but that’s pretty much all.