As some of you may or may not know, Lady Gaga, beloved Kermit the Frog wearing modern-art as fashion sense singer and songwriter has teamed up with Coty to create her own fragrance. Just like every single other celebrity of recent note.

Her fragrance name is presently rumored to be called “Monster” and is scheduled to appear sometime in 2012. No word yet on the notes for this thing but should we really hold our breaths for anything to come out of a celebuscent? Besides the miasma of fruity floral that’s practically a hallmark of all celebrity perfumes?

I’m going to hold out on this last string for some small semblance of hope for a fragrance that’s not fruity. That’s all I ask, just no fruits, please.

Thanks to The Scented Salamander.

I’m always up for something awful and that includes perfumes. There’s only so much gushing praise I can pour out for beautiful, well-composed fragrances. My dictionary of disdain is a larger tome than the one I use for praise. There’s also a chance that in finding a supposed “awfully” tacky perfume, I might be pleasantly surprised when I come to like how it smells.

So for amusement purposes to give this review blog a bit more kick, the following fragrances are on my hit list:

Got any suggestions of horribly tacky perfume I need to assault my nostrils with? Leave me a comment! 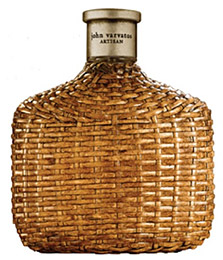