I don’t think I can argue for any Demeter fragrances being works of art, unless we felt like having a long drawn out conversation about Marcel Duchamp (I never want to have a long drawn out conversation about Marcel Duchamp). But they are very fun to try and some of them are just spot on in terms of what they’re supposed to smell like. With the buzz surrounding the upcoming release of Demeter’s Dragon Fruit scent, I decided to go through my list of tried Demeters and pick out some favorites.

Thunderstorm
While some argue that it doesn’t smell much like a thunderstorm, this one takes me back and entices some memories of a rumbling sky and rain falling from a thatched roof. I also have to give it credit for teaching me an awesome word; petrichor. 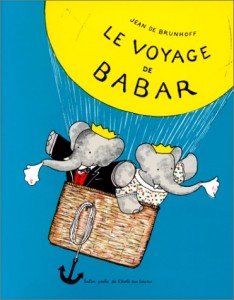 Earl Grey Tea
For those times when I want a cup of tea, but am too lazy to actually go make one. Demeter’s Earl Grey Tea comes the closest of all fragrances I’ve tried to smelling like actual earl grey tea. It falls apart a bit at the end, taking on a bit of dirt and grit, but it’s a great approximation nonetheless.

Dirt
A fan favorite. Dirt smells just like what you expect it to smell like. Results may vary as my yard dirt smells a bit more bitter than this. But it’s a good approximation for those times when you want to smell like the earth but don’t want to rub actual dirt all over yourself.

Tomato
I’m actually not a big fan of tomato smell. Or at least I keep saying that, but when you stick a tomato in my hand, my first impulse is to always smell it. Demeter’s Tomato reminds me more of the leaves than the tomato itself. It’s crisp and vivid and delightful–even for someone who doesn’t even like the way tomatoes smell!

Laundromat
I’m consistently surprised by how many people ask me about fragrances that smell like clean laundry. Laundromat reminds me of childhood, of pulling clothes out of the dryer with my mother and folding them. While I no longer have such affectionate feelings for laundry folding, I still love the smell of clean clothes.

Jolly Rancher Green Apple
Ever wanted to relive those youthful days during recess on the playground? Where the most you ever had to worry about was the math quiz on Friday, what to write about for your book report, and waking up on Saturday to catch those sweet, sweet cartoons? Jolly Rancher Green Apple takes me back to those days and, for some reason, reminds me of Babar.

Barbados Cherry
Barbados Cherry (Acerola) is one of my favorite things ever. The tiny little berries, the tart taste, the beautiful flowery aroma. Demeter does their best with this and I think it’s somewhat off. But Barbados Cherry still smells fantastic, and I gotta give Demeter credit for their homage to a very understated fruit.

What about you? What Demeters have you tried and which ones do you like best?